House-Hasson Hardware likes what it saw at summer market 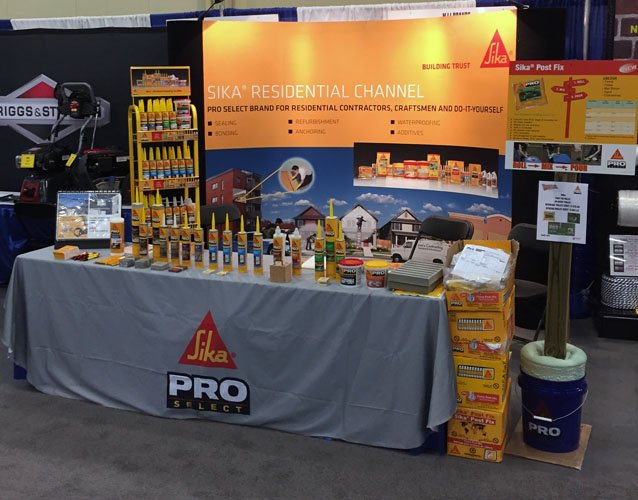 The event held at the Wilderness of the Smokies Resort in Sevierville, Tenn., just outside the Great Smoky Mountains National Park. Attendance, which is normally around 2,000, was up at least 10%

“We’re very pleased,” said Don Hasson, president of House-Hasson Hardware. “Our geographical area expanded into Louisiana when we acquired Long-Lewis Hardware (formerly headquartered in Birmingham, Ala.). We’ve added salesmen in Pennsylvania and Ohio, and those areas are showing solid growth.”

Amish customer base is just one of the areas where House-Hasson moves are paying off, the company says.

“Adding territories is working well,” Hasson said. “A significant percentage of our growth in past years was through acquisitions, but it’s to the point at which there aren’t that many independents available to acquire. Our strategy is changing somewhat to accelerate growth through even greater store sales for our dealers and by adding territories.

“For example,” Hasson said, “we’ve had an expanding presence for years among Amish dealers, and we saw a strong increase in Amish dealer attendance as a result of our expanded focus in Ohio. Overall, we’re very pleased with everything we’re seeing across our entire region.”

Hasson said market attendance is influenced by dealers liking the discounted deals available at the company’s three annual markets and because the events are set up to be enjoyable for dealers and their families.

“Another aspect is that there are a smaller number of independent distributors,” Hasson said. “We’re one of the very few independents that can take care of everything from the front to back of the store, and everything around it.”

House-Hasson’s next market is scheduled for October 20-22, 2016, again at the Sevierville Events Center, Sevierville, Tenn.