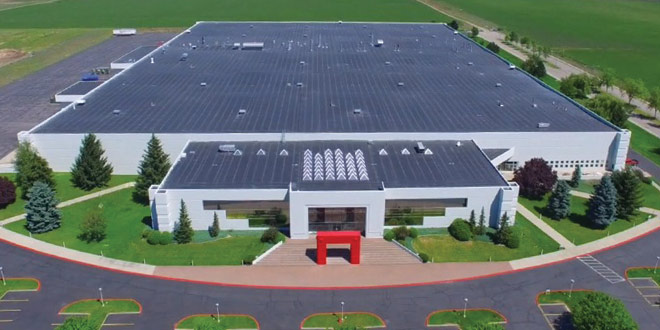 Orgill, Inc. has announced that its Post Falls, Idaho, distribution center is now fully operational and has begun serving retailers in five states throughout the Northwestern U.S., as well the company’s growing customer base in Western Canada.

Orgill first announced the acquisition of the Post Falls distribution center in August 2016 and began retrofitting the facility immediately. The decision to acquire this newest facility was driven by Orgill’s desire to provide faster and more efficient service to its growing customer base.

“We are very happy to announce that this facility is now up and running and represents a significant enhancement to our distribution network. We look forward to the efficiencies this new distribution center will offer our customers throughout the coverage area,” says Ron Beal, Orgill chairman, president and CEO.

Not only will this new facility offer more efficient deliveries to these customers, retailers will also be able to rely on a consistent delivery schedule and quality service from Orgill’s driving team and additional features like heated trailers to protect products from freezing.

“We will be using our own fleet of trucks and drivers to deliver the majority of shipments out of Post Falls,” says Randy Williams, Orgill’s general manager of distribution. “This is important because it means customers will be able to rely on regular shipments from a driver who is familiar with their business and runs on a consistent, reliable pre-scheduled delivery route.”

The Post Falls location will primarily service customers in five states throughout the region including Montana, Idaho, Oregon, Washington and Alaska as well as customers in Western Canada. Previously, customers within this area had been served out of other Orgill distribution facilities.

The Post Falls distribution facility has already made a positive impact on the local community as well. Due to the job creation and positive community impact, Orgill was recently recognized when the Trade & Industry Development 12th Annual Corporate Investment and Community Impact (CiCi) Awards were announced and the Post Falls Orgill project was one of 15 to receive the Community Impact award nationally.