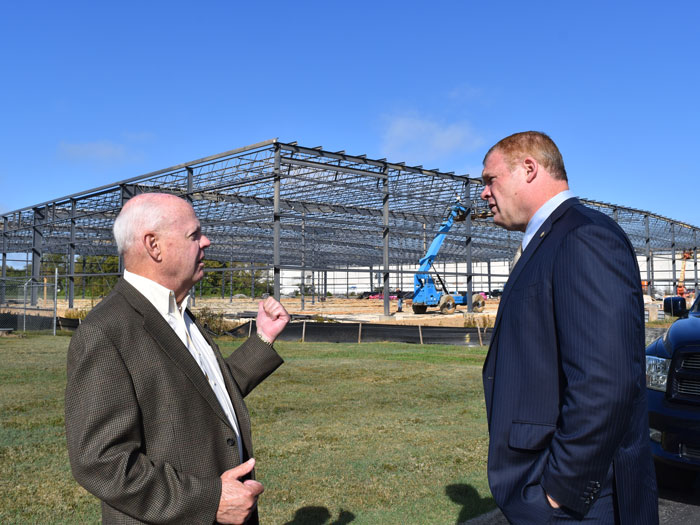 House-Hasson is adding 100,000 square feet to its existing 400,000-square-foot warehouse in Knoxville, Tenn.

While meeting with company employees, Jacobs told them that House-Hasson is a “great example of American business at work.”

Jacobs was hosted on his tour by Don Hasson, president of the 113-year-old company. One of the nation’s largest independent regional hardware distributors, the family-owned company serves some 2,500 independent hardware store and lumberyard dealers in 23 states and throughout the Caribbean Basin.

Hasson told the mayor that when the expansion is completed about 50 employees would be added to the company’s existing 440 employee roster. House-Hasson has a second warehouse in Prichard. W. Va.

House-Hasson’s latest expansion is the third since it moved in 1979 from downtown Knoxville to its present site on Water Plant Road in Forks of the River Industrial Park. The warehouse contains 55,000 items.

A principal factor in the decision to expand was House-Hasson’s purchase earlier this year of $2.5 million in inventory from Hardware Distributor Warehouses, which closed its doors earlier this year.